Skip to content
Woke up at 5:30am and training began at 7:08am. It was surprisingly cool and less humid morning. So the starting few kilometers were tough as the body wasn’t warmed up. Later I gained the momentum after about 4kms. One more surprise was that the traffic was very low. I could only assume that there must have been some road block or some accident behind for the traffic to be so low. It meant that it was ideal day for cycling.
The training ride was of 50km from Virar to Manor u-turn Varai. The personal best for this route was 1hr 34min @average speed 32km/hr. And at the check point of 40km my personal best was 1hr 15min @average speed of 31.8km/hr. It was perfect day to break my personal best so I was grinding it out.
Finally I was about to reach the 40km check point so I browsed the odometer for the average speed. Yes, I broke my personal best, clocking 1hr 12min and @average speed 33km/hr. Now I was frantic and I visioned that I could make  34km/hr average at 50th km. So I rode the last 10kms like a crazy pitbull dog. I was grinding out the rolling hills jockeying from 33km/hr to 39km/hr. Whenever I saw the speed near 33km/hr I would get off my saddle with tongue out and push harder till the speed is above and away from 33km/hr. Took the last remaining sip from the bottle for the tough last kilometers and began grinding. I believed that I could create my personal best by a big margin. But then…..I was April fooled by God.
It was at about 45km, 5kms away from 50, there came an invisible bump caused due to reconstruction of road. I was grinding heads down and up, down and up. I was taking a slight left turn and that coincided with the appearance of bump, how unfortunate is that? Then what saw was that I was in the air with my bike, I saw my bike drifting away from me like an actress in Bollywood movie drifting away from her lover. Rest everything was left to God. Thankfully I landed safely on the left side of my body causing bruises on elbow and knee which was less damaged by the Lycra I wore. More thankfully that no vehicles were following me. But, I damaged my Lycra pants, watch, cycling jersey, gloves and odometer wasn’t working which needs to be checked.
It was a mixed feeling after that. God saved me from causing long term injuries and saved my life as no vehicles followed me. Then I wasn’t upset that I could broke the record. I was thankfull to God.
It was God’s way of April fooling me; You can have your personal best at 40km, your life, no injuries but little bruises, but you can’t have that 50km personal best. Noooootttt tooooooday, April fool. 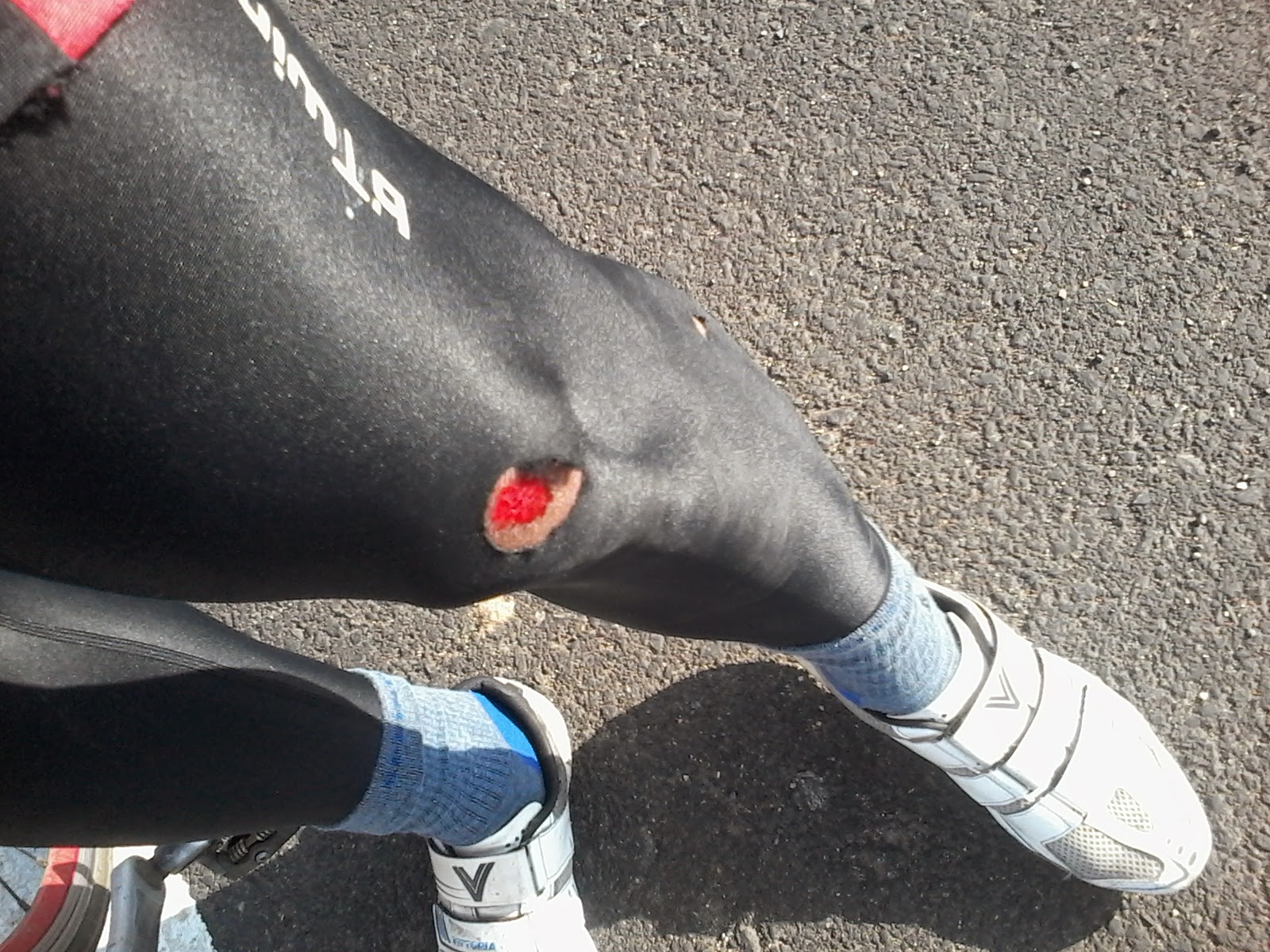 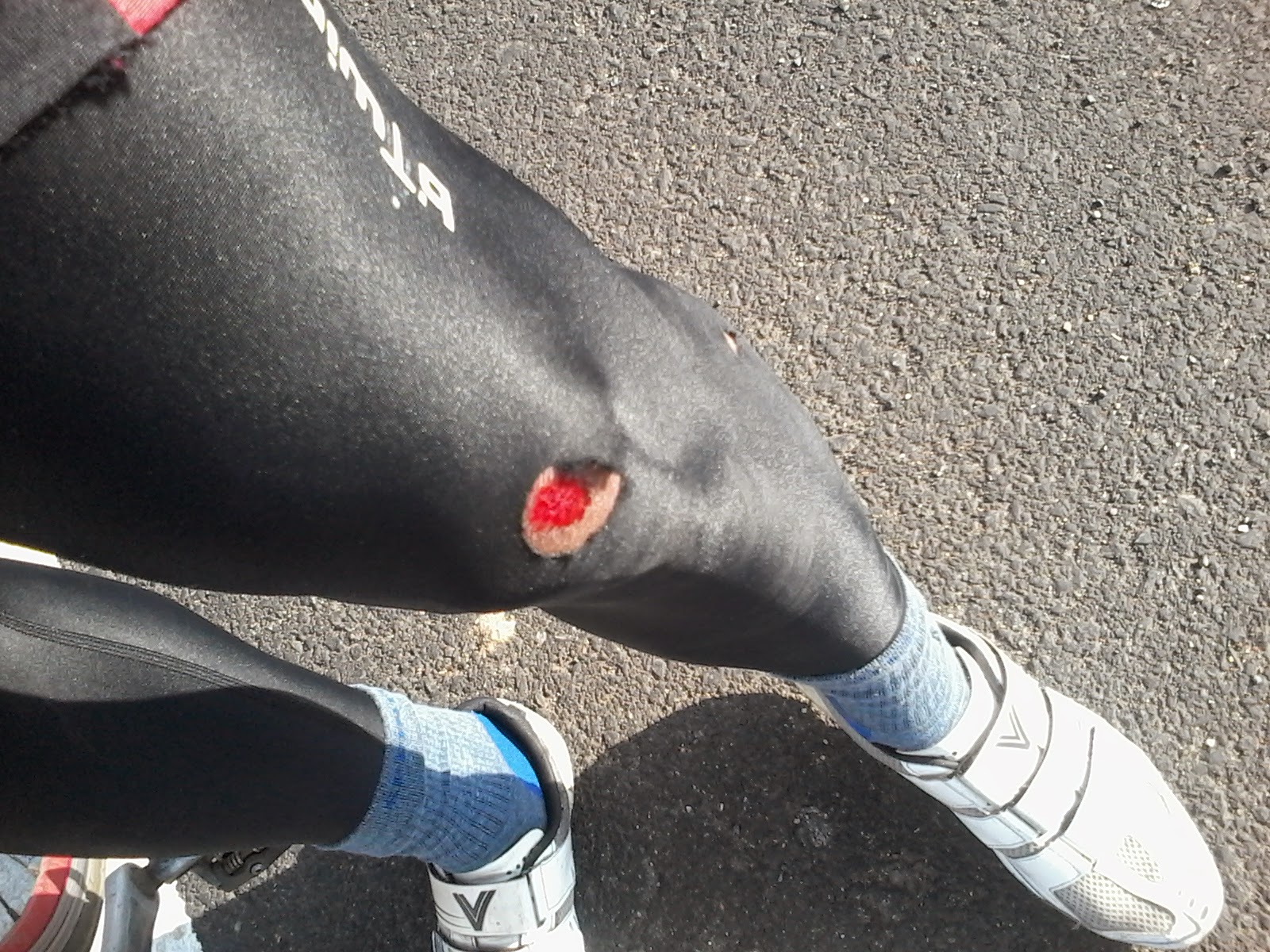 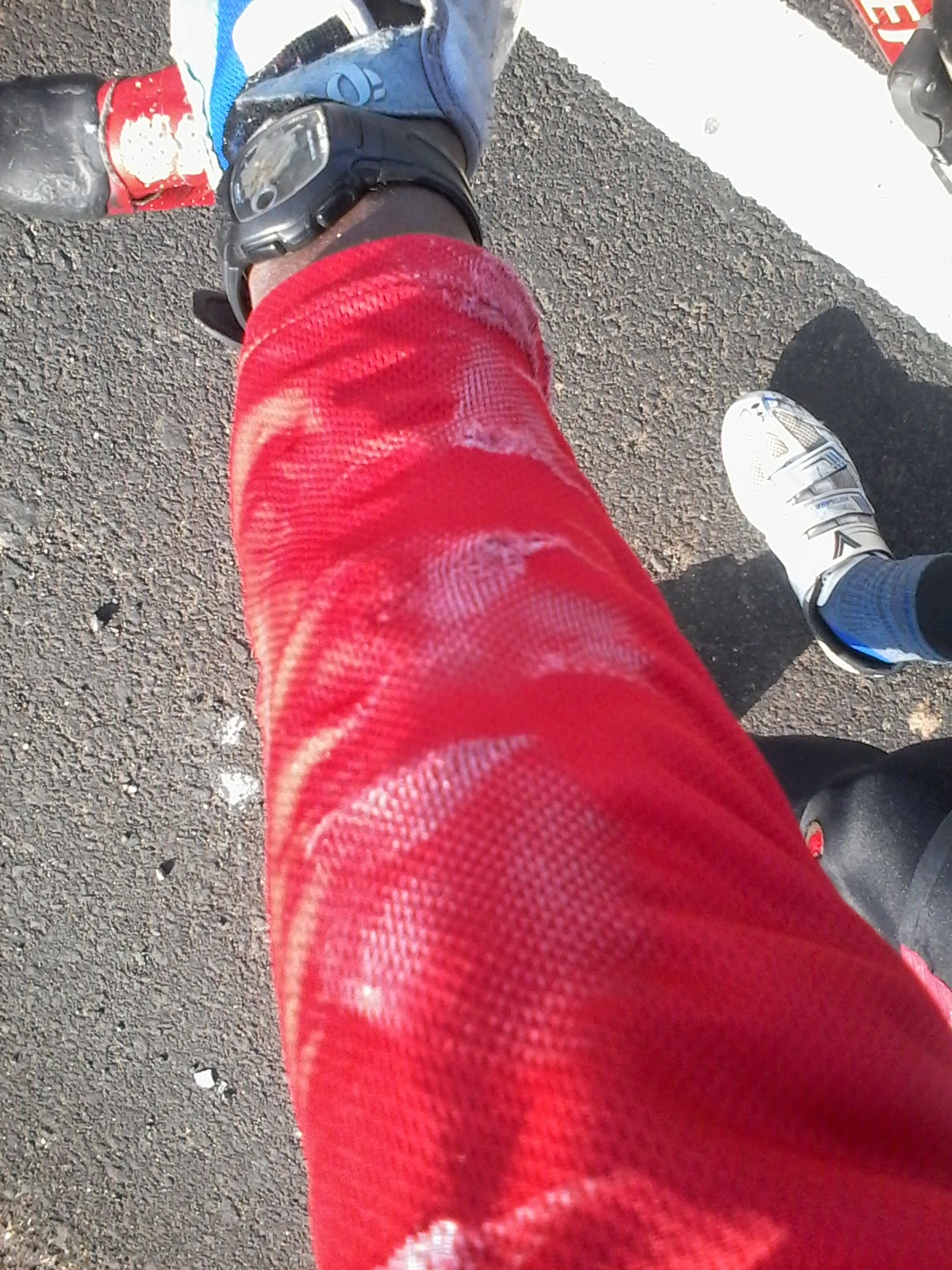 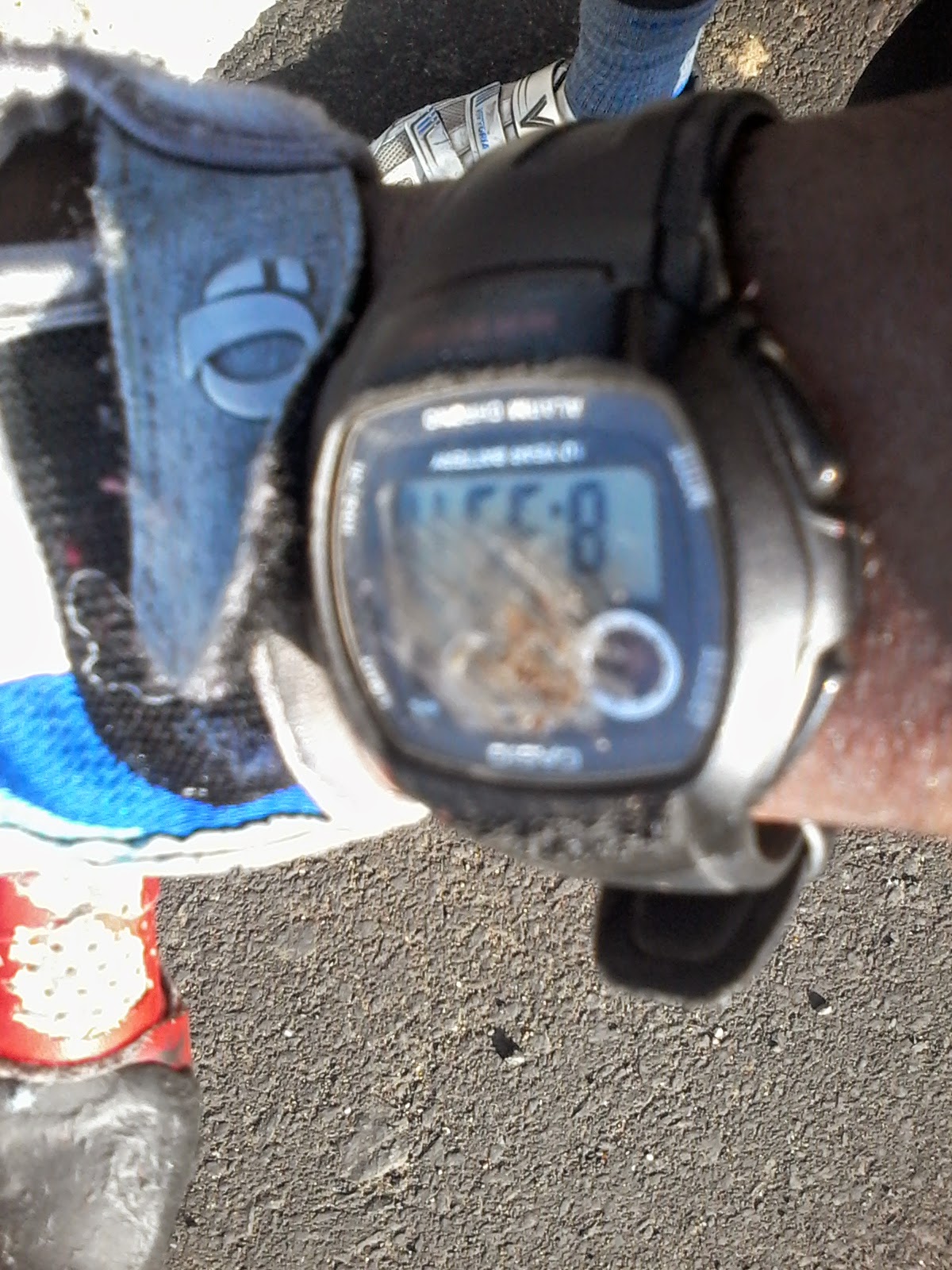 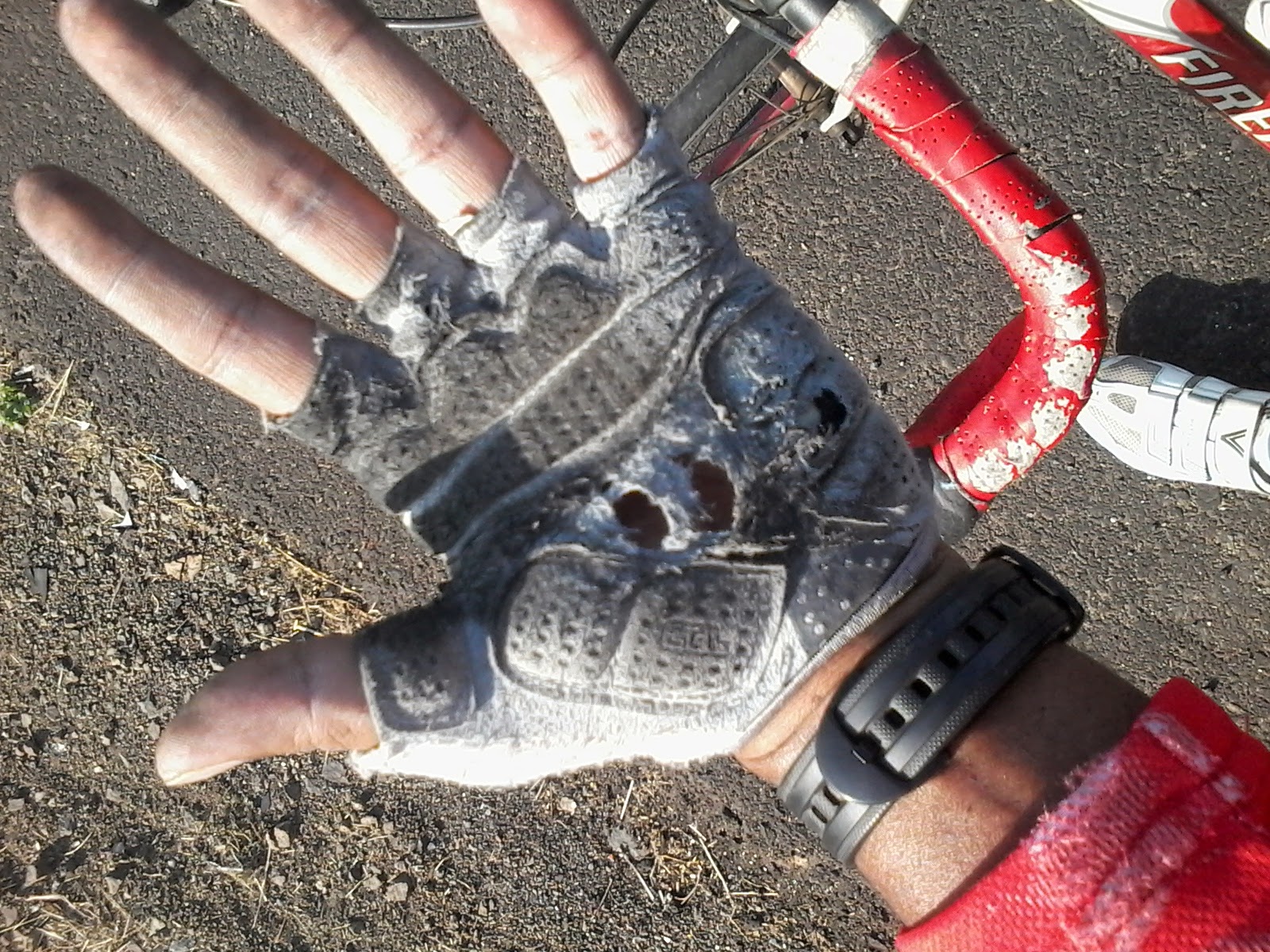 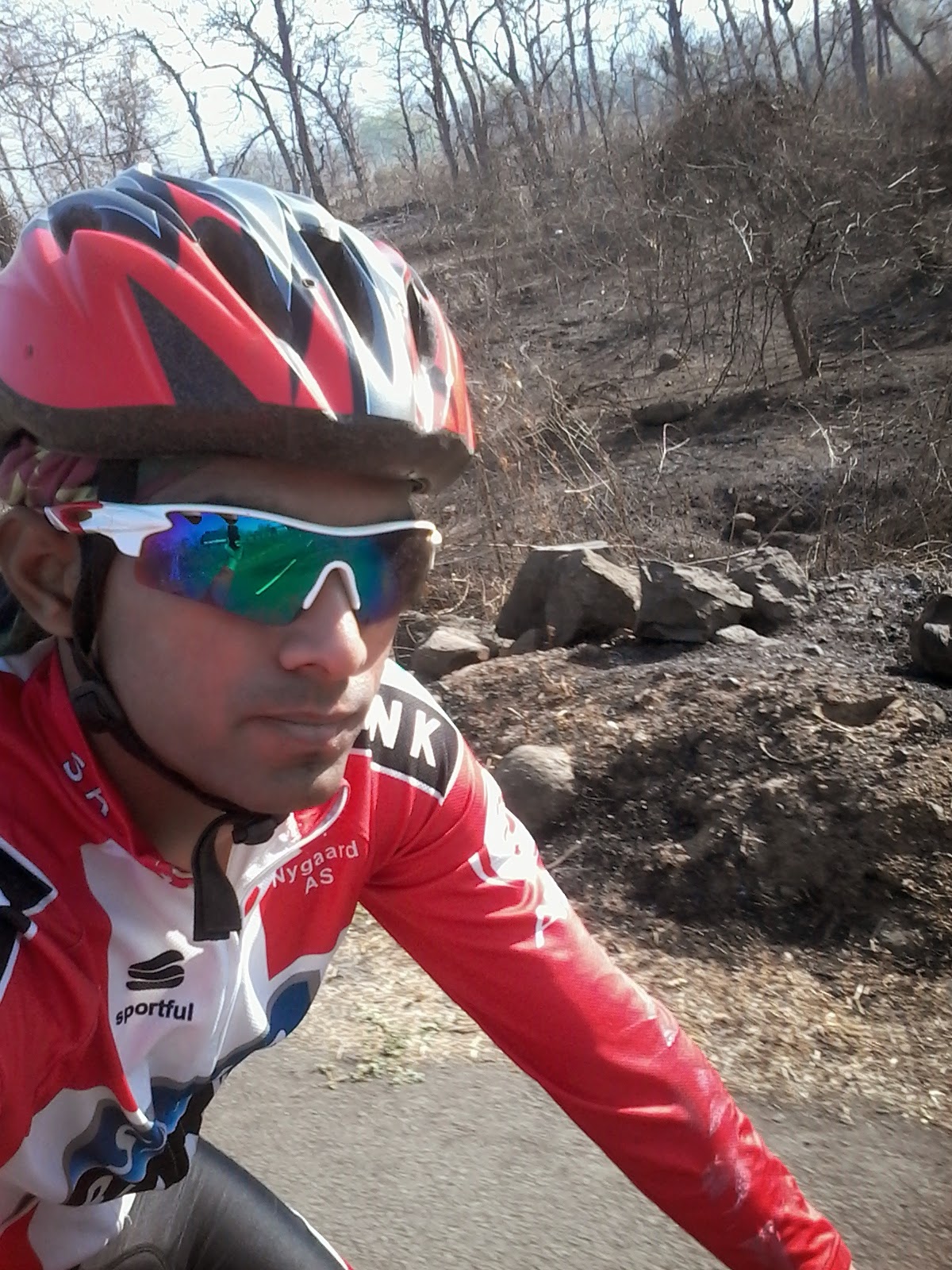